Leicester City striker Kelechi Iheanacho has said that he is making progress with the Foxes while watching teammate Jamie Vardy in close quarters. The former England international created history three years ago where he scored in 11 straight matches in the Foxes’ league success and Iheanacho has indicated that remains a source of motivation for players like him. 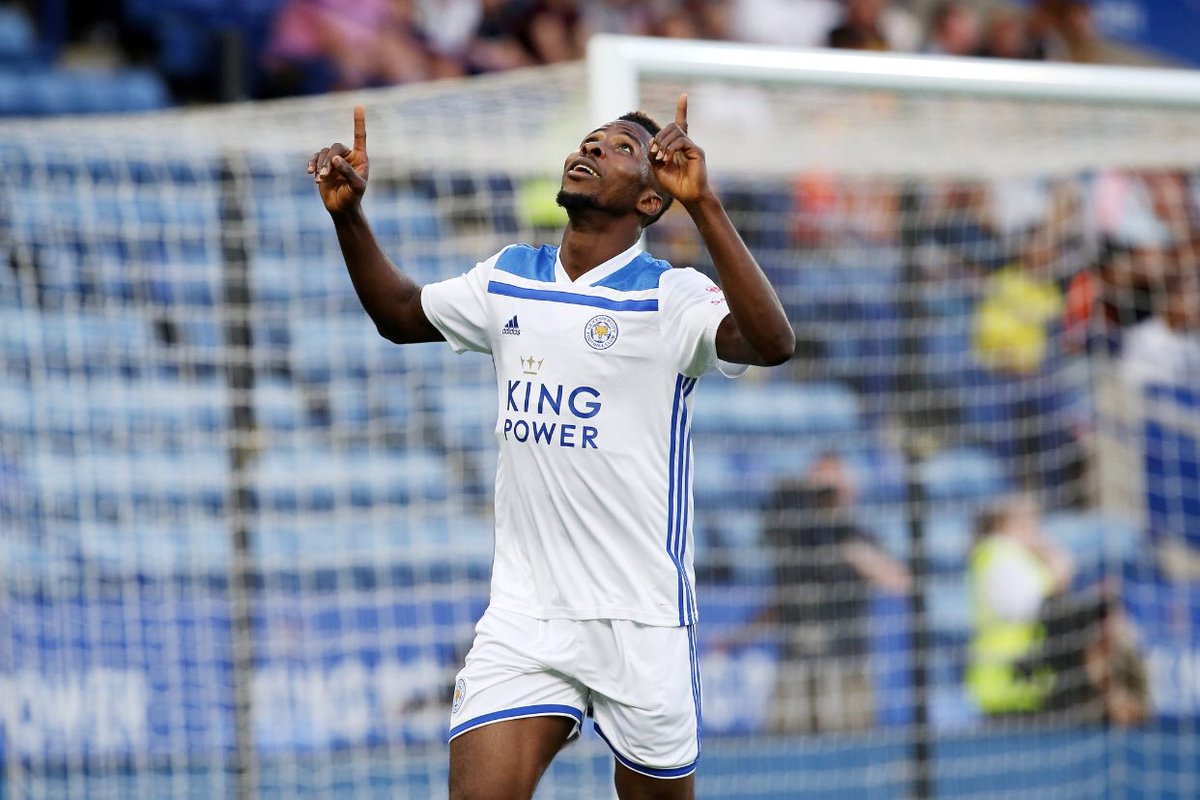 In a report covered by Leicestershire live, he said:“I have been watching him and when I was at Manchester City I was really following him and when he broke the record against [Manchester] United, it was the motivation for me as well. So seeing him scoring 11 games straight, it gives every youngster motivation to know anything is possible in football. I have been watching him since. I didn’t know I am going to come here so playing alongside him is a joy and I am happy learning from him and keep improving.”

Iheanacho joined the Foxes from Manchester City last year after finding gametime hard to come by but the move has not been successful with him struggling to produce consistent performances. Nonetheless, the Nigerian has remained a regular feature under manager Claudio Ranieri and it is left to be seen whether he can produce the showing which saw him successful during the early phase of his professional career with the Citizens.

Meanwhile, the Foxes have remained unbeaten for the past six Premier League matches but out of those, only two have resulted in victories. They are scheduled to entertain Tottenham Hotspur at the King Power Stadium at the weekend and the game may potentially cease their undefeated run over the past 45 days.

The encounter with Tottenham has generally produced plenty of goals and the visitors should start the game with the advantage, given Harry Kane has flourished against the Foxes with 13 goals from just eight meetings.