Leicester City manager Claude Puel has dismissed the ongoing speculation which has linked Youri Tielemans with a move to the King Power Stadium. The Belgium international only joined AS Monaco from Ander lecht last summer but he has been fancied to part ways with the club amid their relegation battle this term. 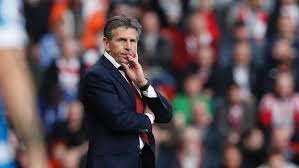 As such, the Foxes have been constantly linked with the midfielder over the past few days but Puel has rebuffed the story as ‘just speculation’. The former Monaco boss added that he is content with the current options in the centre of the park and believes Adrien Silva, who has been left out in the cold during the ongoing campaign.

He said: “For the moment it is just speculation. He is a good player. He has got good attributes but I have Adrien (Silva). We have a squad with some players with a desire for more game time. I am happy about Adrien because he can give other possibilities for the team. He offers different qualities to (Hamza) Choudhary, (Nampalys) Mendy or (Wilfred) Ndidi. Sometimes we can play with three midfielders and I think there will be an opportunity for Adrien to have game time in the second half of the season.”

Leicester have produced a mixed bag in terms of performances during the current season and that has put the pressure on Puel at the helm. While the Foxes have secured shock wins over the likes of Chelsea and Manchester City, they have also experienced setbacks against the weaker sides with their most recent defeat coming against League Two Newport County in the FA Cup fourth round.

The east Midlands outfit are currently ninth on the table with 31 points on the board and they are scheduled to face Liverpool on the road in the midweek league encounter. The Foxes were competitive against the Reds during the reverse fixture but they were eventually on the losing side by a 2-1 scoreline.